Differences Between Inline Mixing And Homogenization 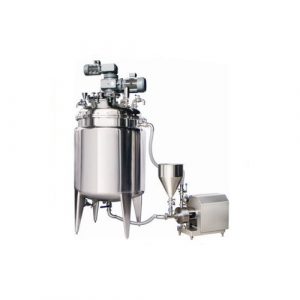 Back then, traditional mixing procedures like turbines and propellers were the only options, which are manually operated by people. However, be grateful because new formulations and raw materials are available today, yielding a collection of more modern high shear mixer design. The most common of them is the inline mixers and homogenizers, having different methods from each other, as stated below.

Rotor-stator mixer or high shear mixer consists of a stationary and inside rotor that goes to high speeds. In inline mixing, the mixing method only happens when a sample is drawn in over one of the mixing heads while the blades are rotating. Then, it gets expelled at a high velocity through an opening in the stator, where the inline term comes into play because of the mode of sample entry into the mixing chamber.

The high shear mixer was initially a batch-style or top-entering, yet in the inline form. These mixers are more similar to centrifugal pumps, requiring either static or positive pressure to introduce the sample into the chamber. The combined high rpm drives from the rotor and exit through tiny slots, allowing the product to get mechanically sheared into the smallest particles.

In contrast to the inline mixing that is stationary, homogenization involves high-pressure, forcing the sample through a narrow space. This mixing method uses force, such as turbulence and cavitation, to create a consistent and uniform sample with a high-pressure homogenization. Unlike with high shear mixer, homogenization’s pressure is well-matched for both particle size reduction and cell lysis that usually needs intense pressure to disrupt cell walls. Some customizable and high-quality homogenizers can break the cell wall without damaging the intracellular components, which are better suited for more sensitive samples.

Differences Between The Two

People usually use the term high-shear mixer if they are referring to a probe-based and rotor-stator mixer designed to reduce particle sizes based on shear forces. Meanwhile, a high-pressure homogenizer does not use a probe but instead forces a liquid stream under high pressure through a system designed to reduce particle sizes and which may use any combination of shear, cavitation, and physical impact to do so.

Take note that both inline mixer and homogenizer are useful tools for various methods, so it is essential to determine what each of their fortes are. These two methods can be quite expensive, that’s why you must start investing in this equipments as early as now.